About This Time Last Year: 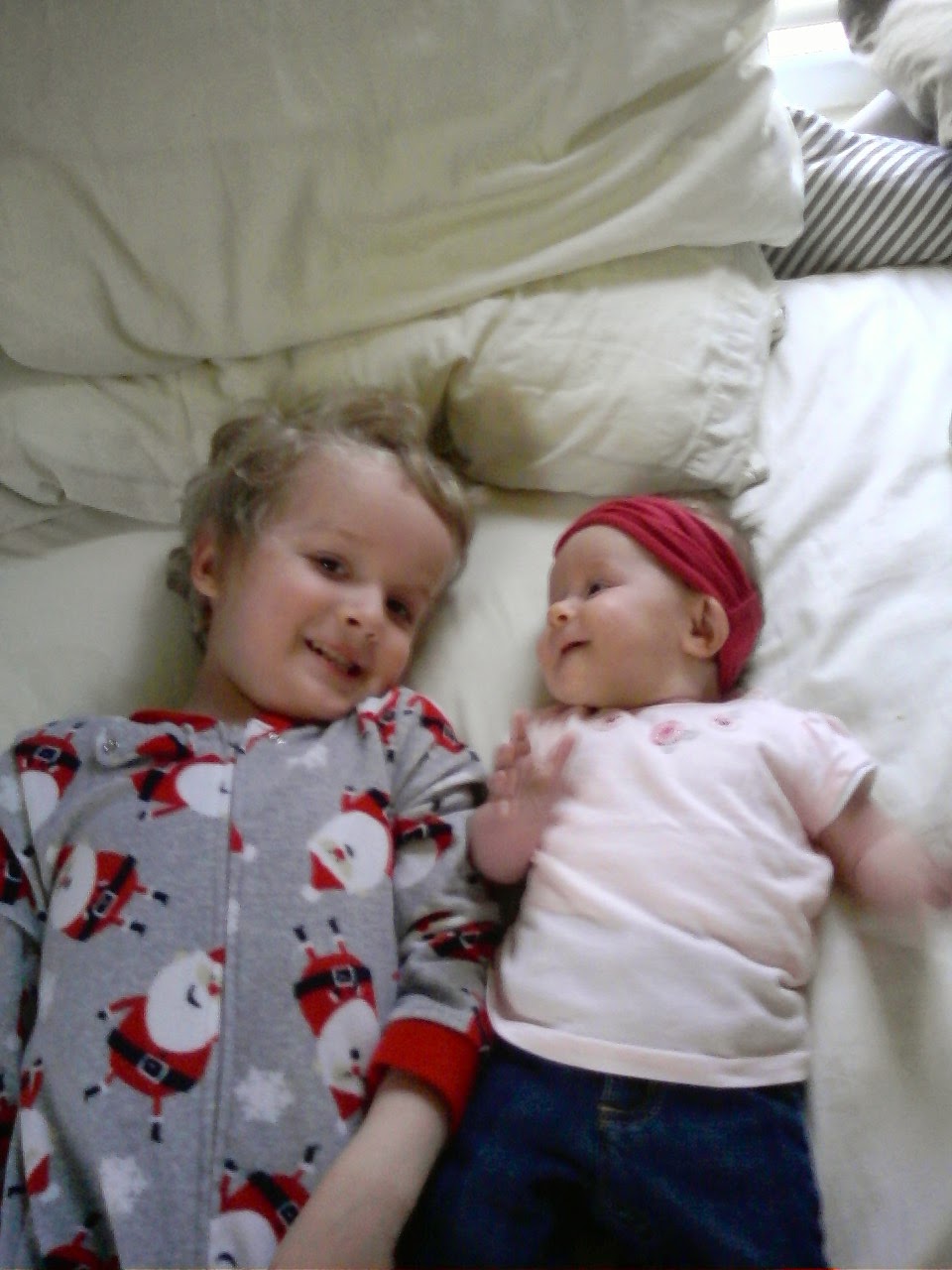 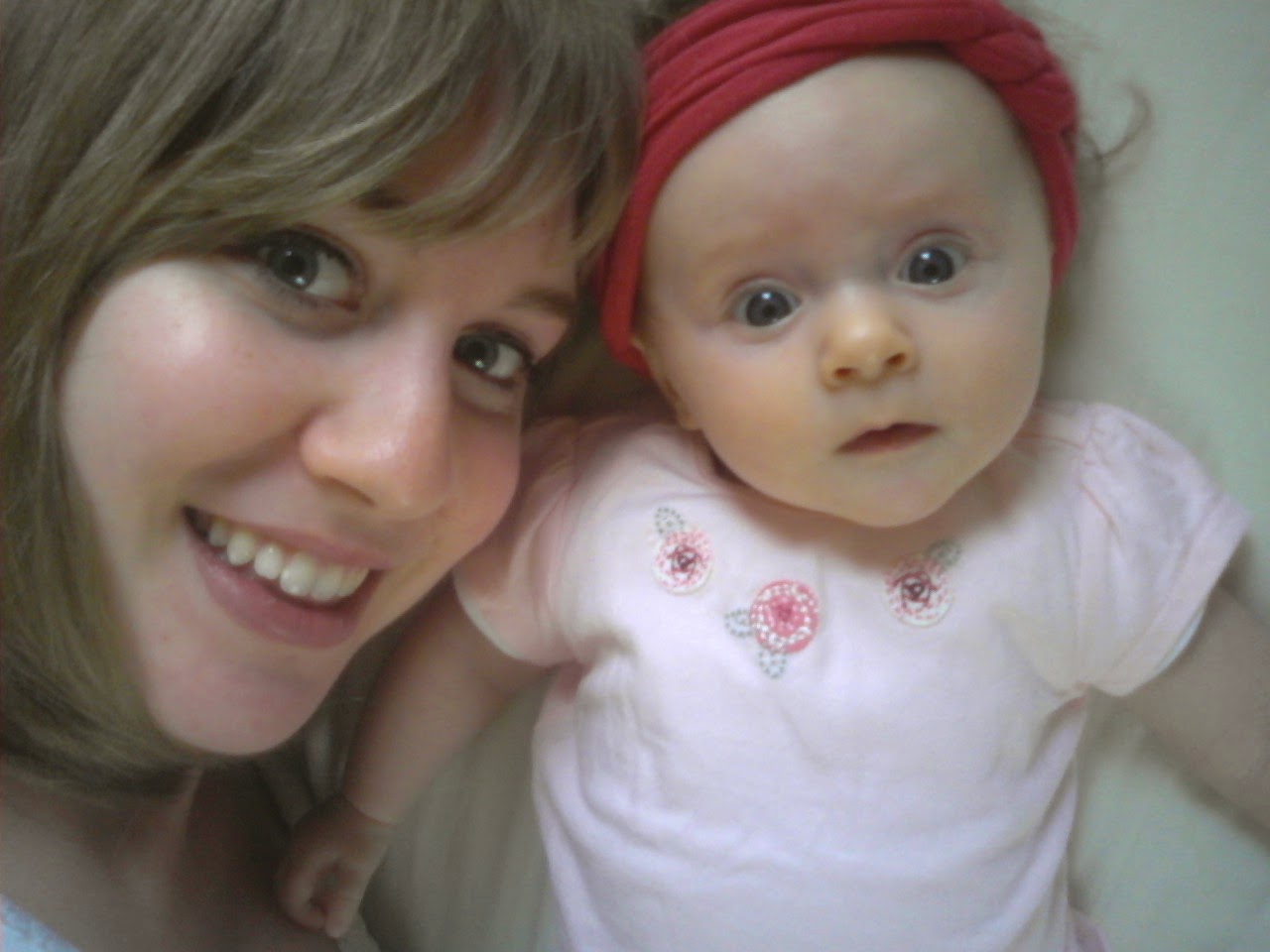 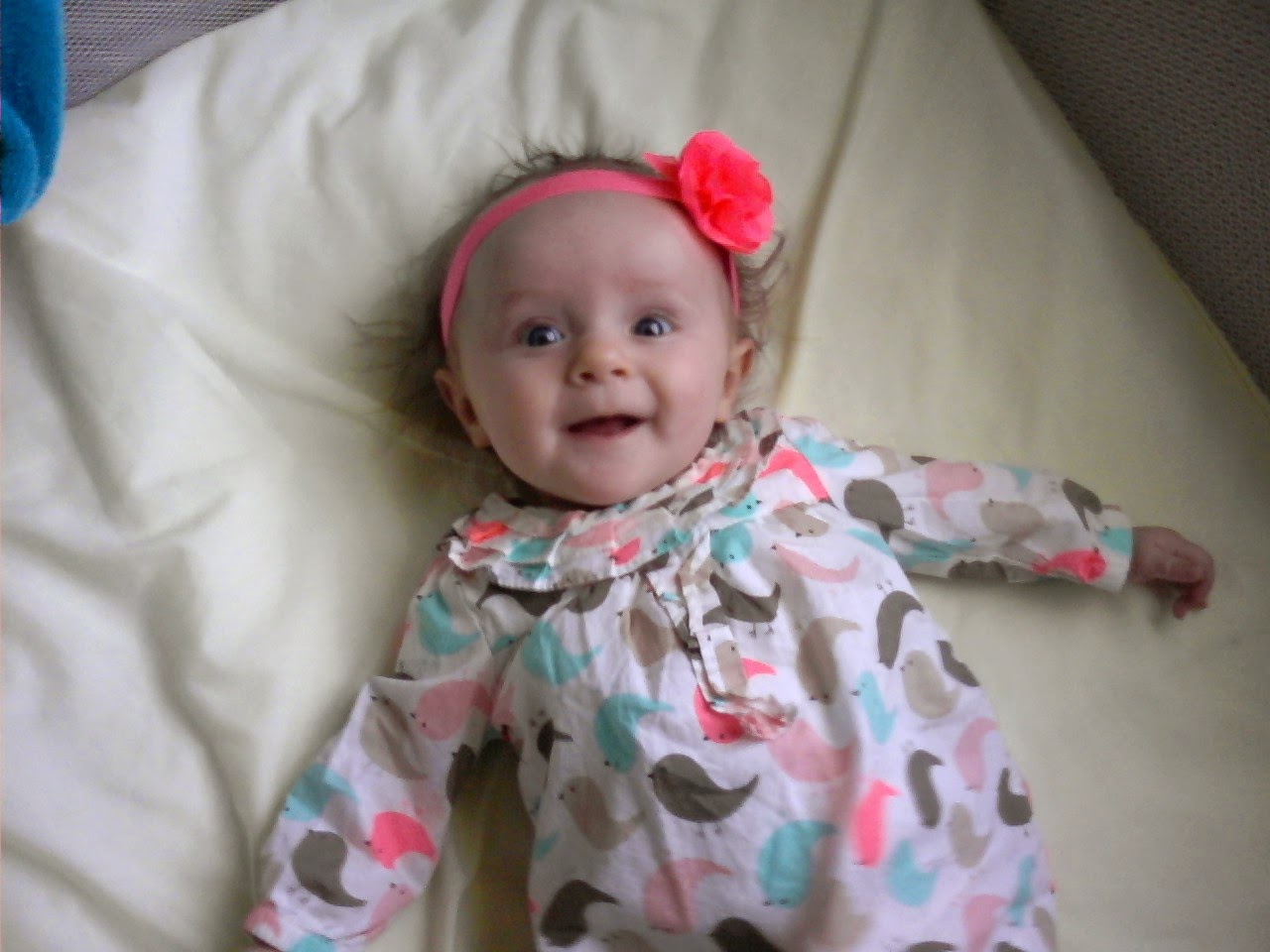 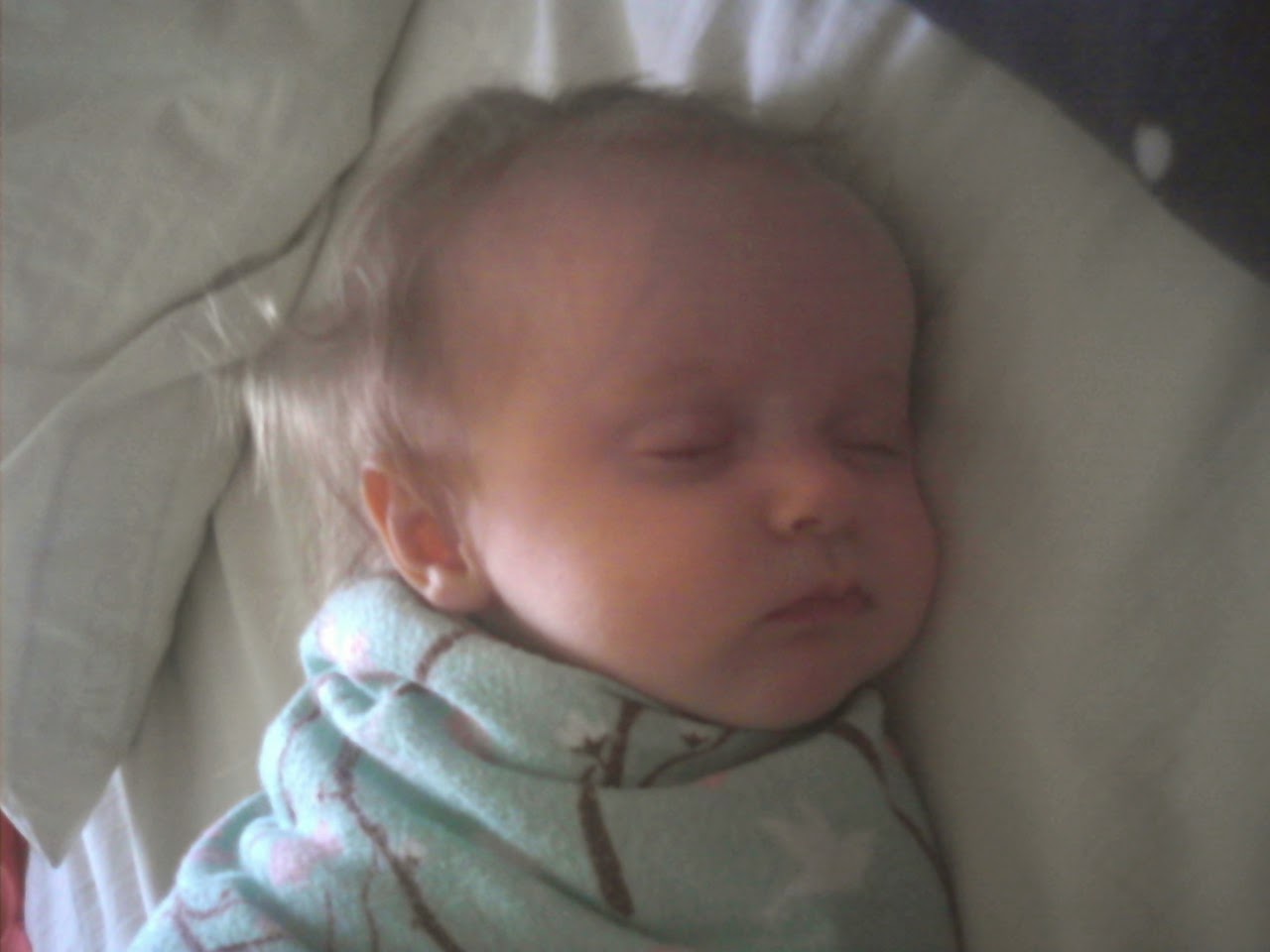 When He Grows Up

Oliver adores his two grandpas. He is crazy about them.

Excitedly, he said, "Did you know that when I grow up I will be a grandpa!"

This was quickly followed by a disgruntled, "but I will have to be a dad first."

Grandpa Than and Grandpa Mike are Oliver's favorite humans on the planet.

They have taught him that grandpas are fun. They always, always, always play with you. Grandpas are handy. They have "magic tools" and gadgets that can fix anything. Grandpas are thoughtful. They will read you books, and stop by just to say hello and take you on a walk. They drive trucks. They are strong. They tell excellent stories and can keep up with four year old imaginations. They are not burdened by human limitations. There is nothing they cannot do.

In Oliver's world, Grandpas are simply the best and he honestly wants nothing more than to be one himself. 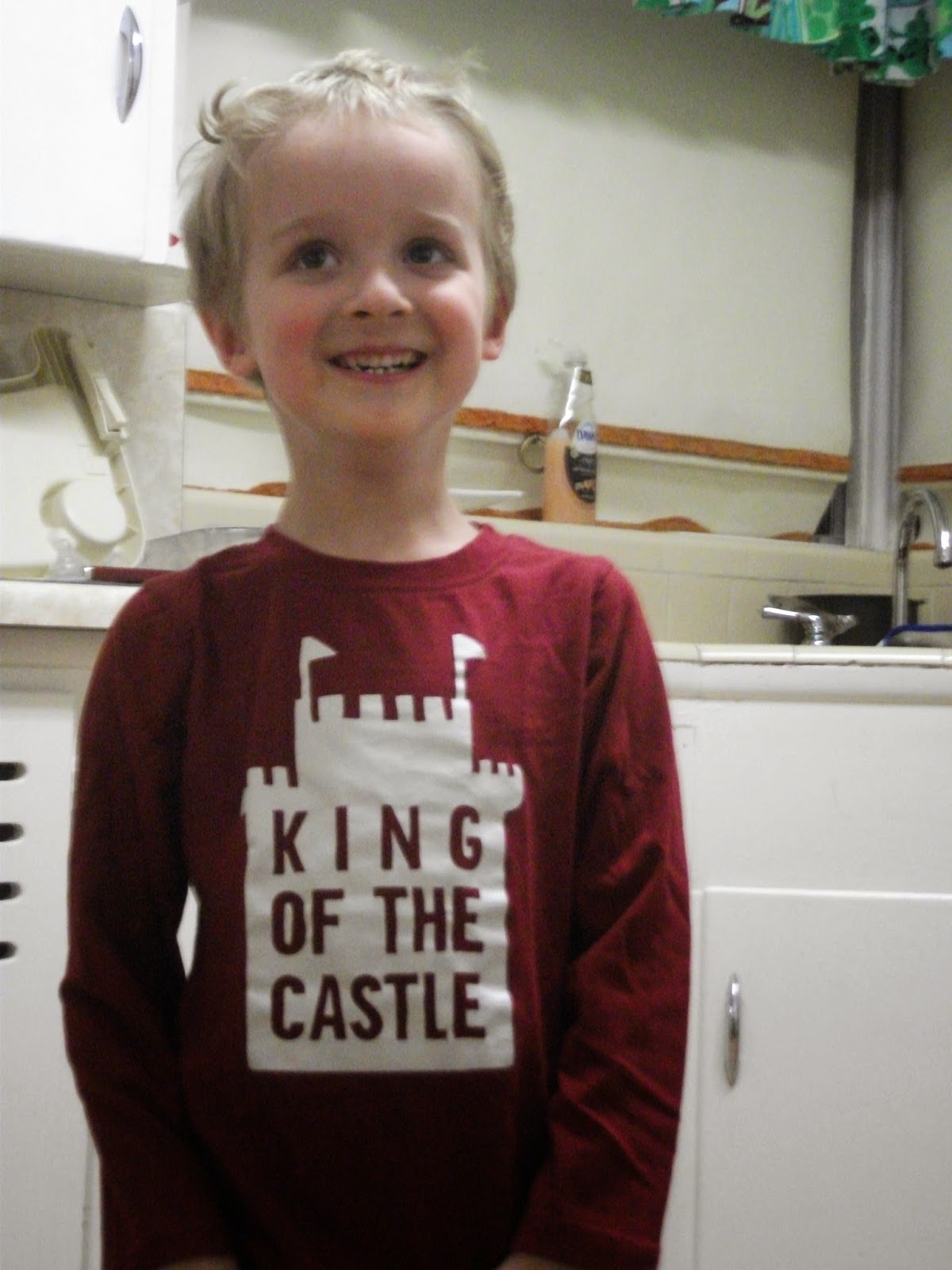 The Story Of Jesse's Life: In Which I Feed Him Cat Food

Sometimes, when I'm tired and wait too long to start dinner (as in it's 7 pm and I haven't even decided what to make) I whip out a can of something hiding in the basement storeroom.

Usually it is tomato soup and grilled cheese sandwiches, but I was feeling too lazy to even make a few grilled cheesies...don't judge me. You've probably been there.

Last night, it was No Bean Chili with corn bread from the freezer.

Neither of us thought it was overwhelmingly appetizing...or healthy.

When we blessed it, we asked that it would please sustain our tummies until we could eat something healthier. We knew we had no business asking for it to "nourish and strengthen" us when it clearly was not full of nutrients.

Jesse accused me of feeding him cat food.

He wasn't far off base.

Put it on a chili dog, though, and we are all in!

An Explanation...Why It Has Been Sparse In These Parts

I made two choices last year that I am proud of.

I chose to take less pictures, and blog less often.*

Very early in the year, I realized that I didn't have enough time, brain capacity, talent, or hands to take photographs of my family and organize/record my thoughts in a way that pleased me.

I had a new Alice and an agitated Oliver. Jesse was either gone or studying most of the time. I was tired. So tired. I dealt with my anxiety/baby blues/angsty three year old by playing with my friends (and using them for their three year olds) more often than I care to admit.

My schedule was hectic, my house was in shambles, my brain was beyond muddled, and my emotions were out of balance. There was a lot going on and I was not processing life very effectively.

Things were a little bit desperate, but my life was also exquisite and so beautiful...

I found that I was completely charmed by my beautiful, Sweet Baby Alice. And by charmed, I mean ENTIRELY ENAMORED. I couldn't find words strong enough to describe the way I loved her without sounding trite. I've never wanted so badly to be a poet. However, when I took her picture, all I saw was the tiny crazy haired old man that everyone else saw. The magic was gone.

I often marveled at Oliver's eyelashes fluttering in the sunlight as he played, and his squeaky little voice serenading me with his favorite nonsense words. I was so enchanted by him! And then I took a photo and found that my messy house and bad lighting did not fade away in real life as they did in my mind. Clearly, they were not as bewitched by him as I was.

I started to become preoccupied with getting perfect photos and writing exceptional passages about my family that reflected the magnitude of what I felt for them. I was lucky, and achieved what I was hoping for once in a while. I write well enough on a good day, but I am no photographer, and these were not all good days. Mostly, I was disappointed. I was still anxious. I had very little patience, and I was unhappy, Which made everyone in the town home on Millstone Court unhappy.

One day, I decided to stop. I found myself staring into my baby's deep blue eyes, reaching for camera to take the twentieth picture that I would be less than pleased with, when a quiet voice told me to leave it.

I realized that I could constantly view my lovely little world through the tiny squares on my phone or camera, and I would end up with more photos than I could look at in a day, but I would miss the real thing.

I could either experience the magnificence of the moment, or I could preoccupy myself with thoughts of immortalizing it forever and miss the point.

I began to make conscious choices each time I thought to reach for a camera or compose a blog post in my head. I evaluated each situation. I still took photos (mostly I asked others to take photos for me), and recorded a few of our family's experiences, (usually a couple of months weeks later...adjusting the date so it looked like I was on top of life. Don't judge me.)

But mostly, I chose to be all there.

This was sometimes difficult for me. Keeping a meaningful record of my life is important to me...it is important to my family! Oliver loves to see photos and hear stories from when he was younger, and there I was, intentionally not telling his stories or taking his picture for long periods of time. There were times when I questioned myself. I have a terrible memory, and sometimes I worried about the things I would inevitably forget.  There were times when I wondered if I was really making the right choice.

One day in August, I was at an art museum on the Mall with Heather and we saw a curiosity that put my whole inner struggle into perspective. There was an original painting by a very famous historical painter (maybe Van Gogh? I can't remember. I told you, I'm forgetful), and people were crowded around it looking at it through the display on their phones so that they could take the perfect picture of the previously mentioned ORIGINAL work of art! We couldn't fathom why someone would waste such an opportunity.

It was bizarre, but it reassured me that choosing to enjoy the magnificence of my life, and my babies, and my experiences in real time...not through the little screen on my camera, was a choice that I could live with. And so, I am grateful for those crazies and their phones at the art museum that day.

I am also grateful that I can say, without a doubt, that 2014 was crazy wonderful. It was difficult, emotional, and often kind of ugly. It was also dazzling and intensely beautiful in so many wonderful ways, and I lived it deliberately.

Lastly, I'm grateful to know that the Holy Ghost can bring all things to our remembrance, so if there does come a day that I mourn the loss of memories of Alice's first year, and Oliver's fourth, I can seek comfort and inspiration.

This year, I'm so happy to announce that I'm finally feeling like myself again. I worry less, and I no longer catch myself obsessing about unimportant things as frequently as last year. I expect 2015 to be lovely, and I'm looking forward to photographing and recording my favorite parts.

*This is not to say that others who take many pictures and record their experiences each day are wrong, or that I will continue to make similar choices in the future. Only that last year, for whatever reason, it was right for me. 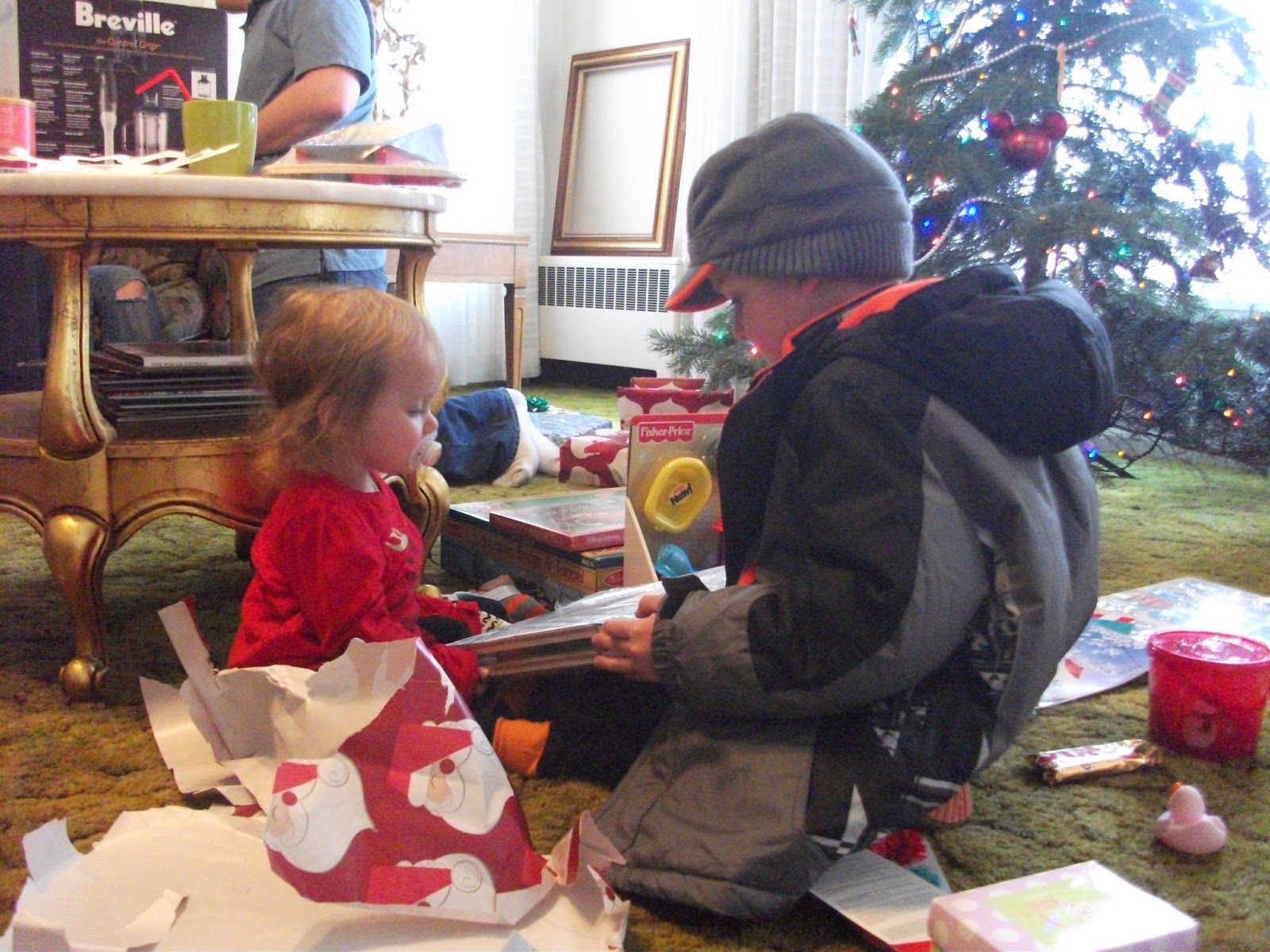 Posted by Della Marie at Thursday, December 25, 2014 No comments:

We found a gorgeous tree for our living room this holiday season, but it spent much of its life propped up on the back of our couch, because of some tree stand drama.

There were no live tree stands in town. The hardware store said to wait a few days and they would have something. They didn't.

We don't live close enough to anywhere to just pop into another store and check for one.

I ordered one from Amazon. They canceled my order because they had miscounted their stock. They were out.

We finally made a trip to Salt Lake where we were able to buy one from Lowes.

Our home is now officially festive. 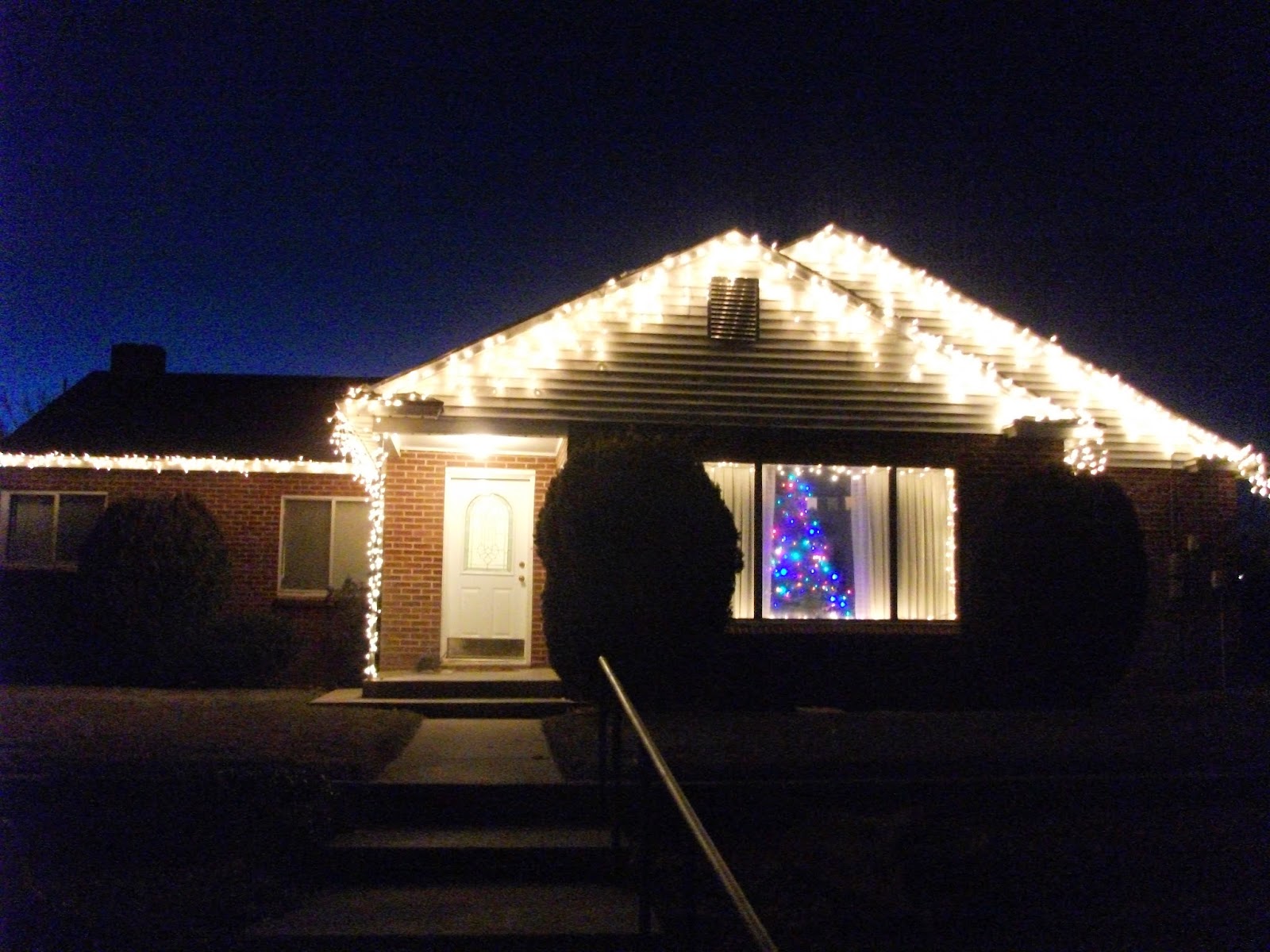 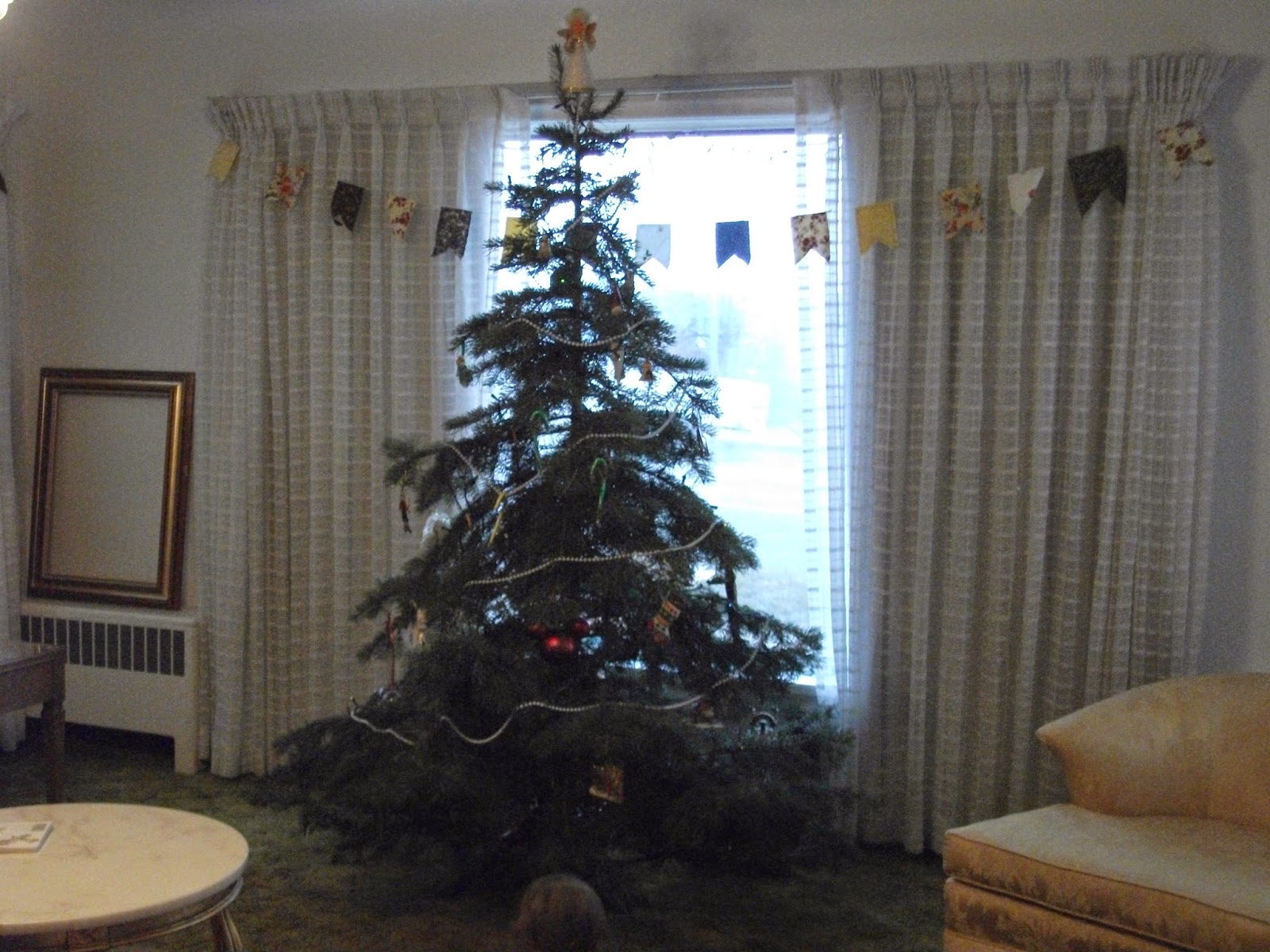 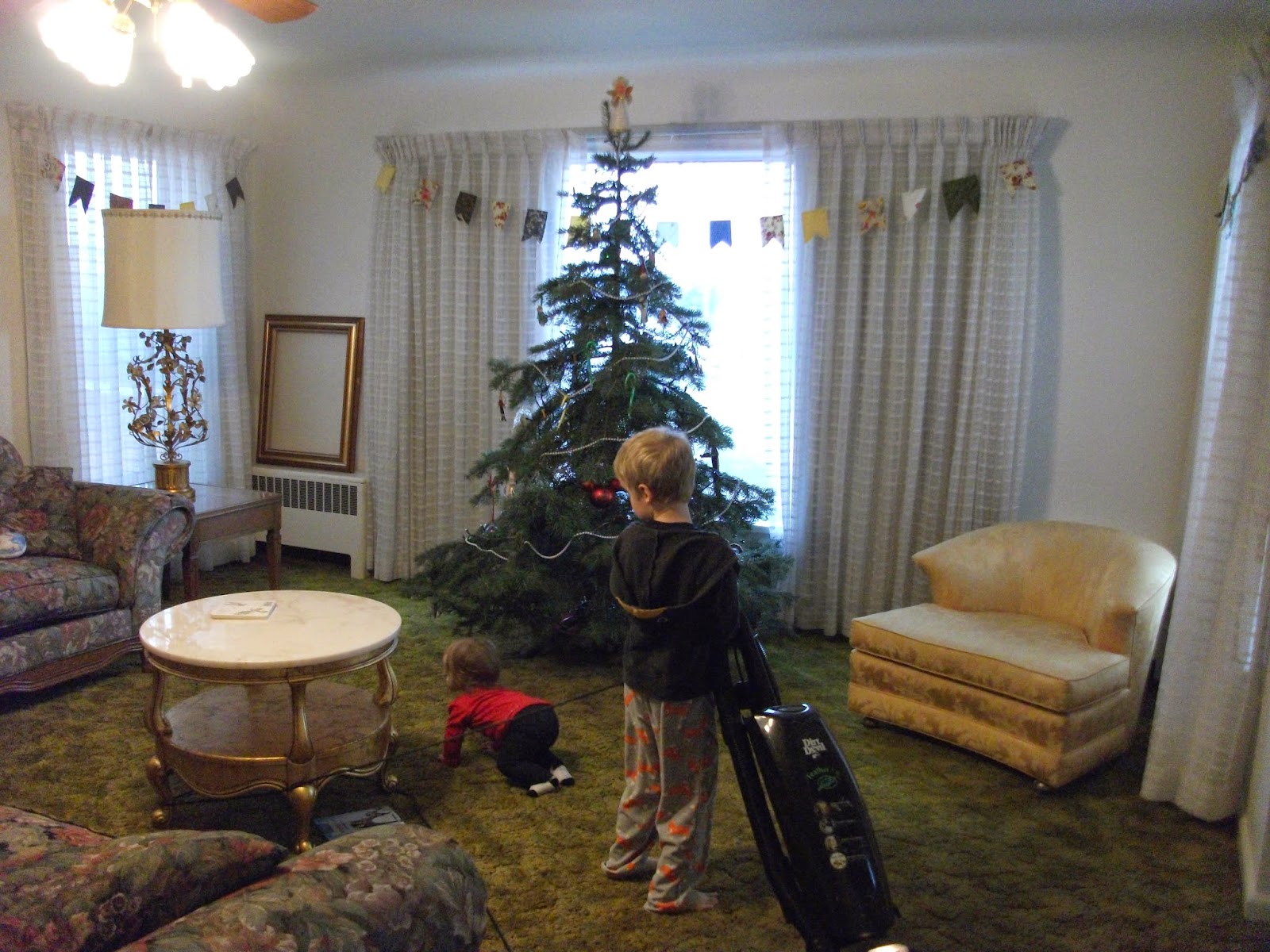